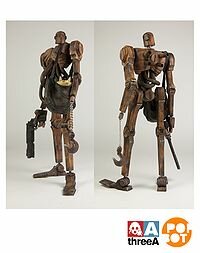 Popbot is a robot from the Popbot Universe and the title character of the Popbot comic books. Popbot used to be the roadie for Kitty's band until he became Kitty's bodyguard when Kitty began being hunted. The different variations of Popbot represent him at various points in time.

Popbot and Badbot are two different characters who look alike. Badbot is characterized by his unique cyclops eye. 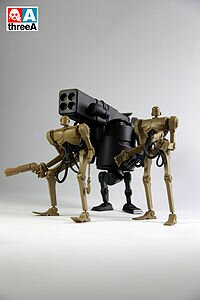 Action Portable Popbot prototype from the 3A Legion Outpost