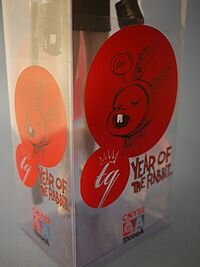 Sneek-Peek revelaed by Ashley Wood on the 3A Legion Outpost

Official quote from Ashley Wood (01/26/11):
"10 only made to keep tradition going, and one for bamba, the rest are gone already !
dont start hitting bamba, its not up there, and its not known when it will... start your emo !
and no, this isnt the un-mentioned buddy of the commanders !
end of transmission......."